Local art aficionados should keep a lookout for the Great Singapore Stories, which is an evocative collection of local films, music and stories told by Singaporean filmmakers, musicians and students. A curated selection of ten short films made by students of Temasek Polytechnic will be screened at Grange Road Carpark during the 10-day long event and 2 special screenings courtesy of Singapore Film Commission titled ‘Forever Fever’ (Design Orchard Rooftop on 22 Jun) and ‘A Great Great World’ (Grange Road Carpark on 28 Jun), courtesy of Singapore Film Commission. From heartwarming, slice-of-life tales to heartbreaking historical accounts, these poignant stories will entertain, educate and inspire viewers. 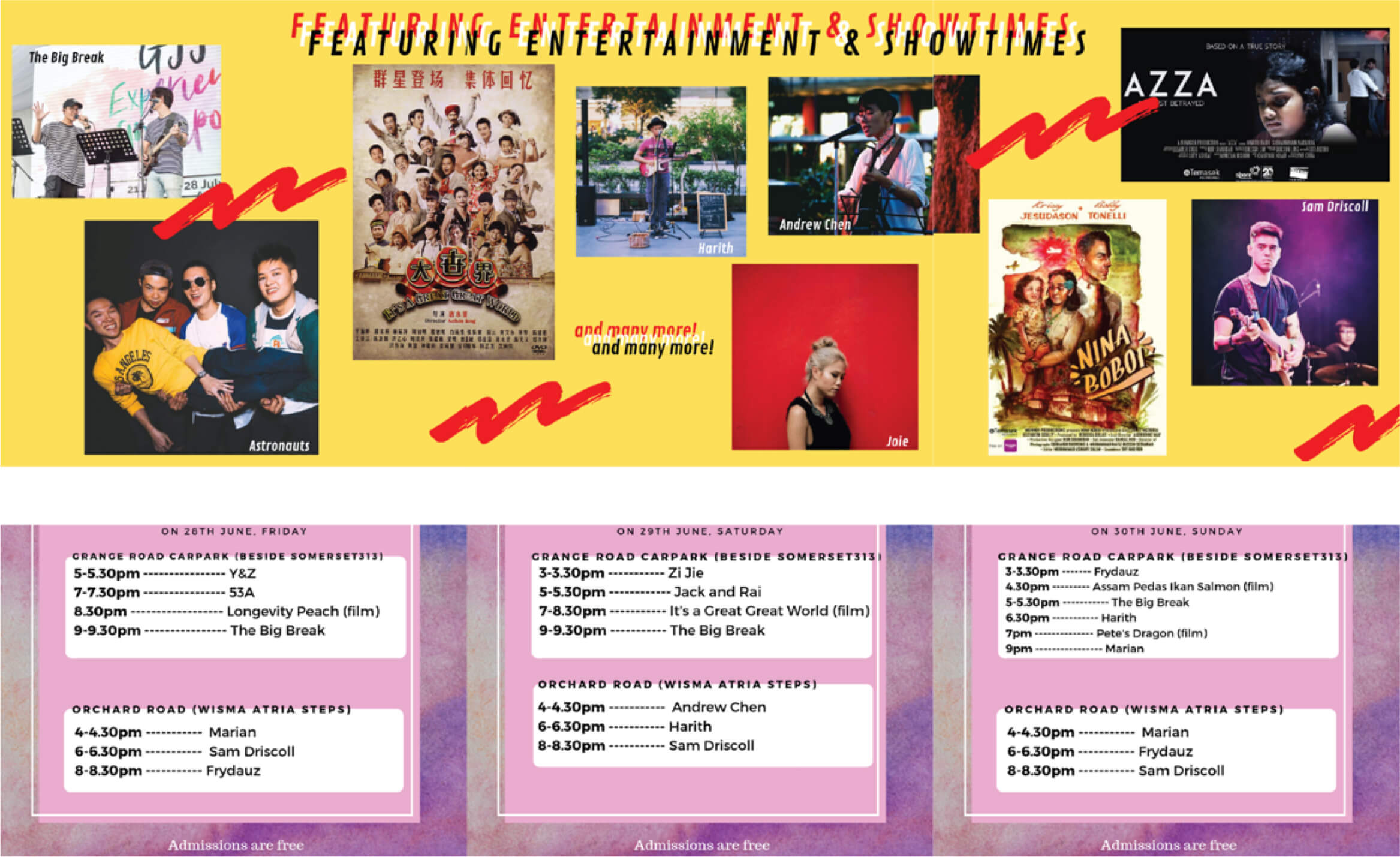 Films by the Singapore Film Commission 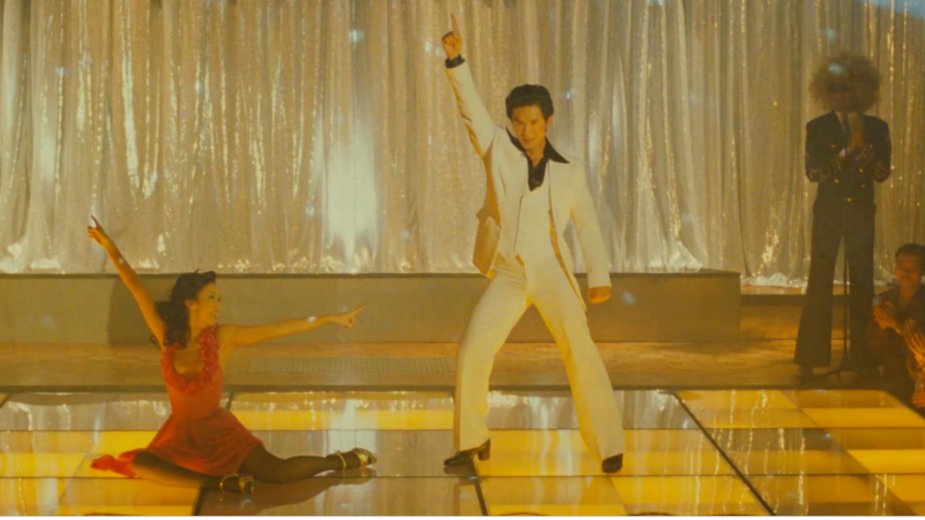 In 1977, Ah Hock, a supermarket employee in his 20s, desires to buy a new motorbike, though he does not have enough money. When Saturday Night Fever is released in Singapore, he is inspired to enter a dance contest to raise the money. Guided by his heroes, John Travolta and Bruce Lee, Hock competes in the contest and fights against local bullies. Ah Min, a 23-year-old budding fashion photographer, visits her grandmother's photo studio one day before it shuts for good. There, she discovers four old photographs. Intrigued by the people in the photos, Ah Min embarks on a journey to find out who they are. Her first stop is an old friend of her grandmother's, Ah Meng, who reveals through four unforgettable stories that the people in the photos all worked and played at the legendary Great World Amusement Park once upon a time.

Spanning the 1940s to the present day, It's A Great Great World is a valentine to the colorful amusement park that used to be situated along Kim Seng Road. Each of the four stories recounted by Ah Meng revolves around iconic Great World landmarks - the Sky Theatre, the Ghost Train, the Flamingo Niteclub and the Wing Choon Yuen Restaurant.

A funny and heart-warming story about a Malay mother who must embrace and accept her prospective daughter in law when her son returns from the states with a Californian fiancé.

Liv Rianty is a 22 year old Singaporean filmmaker who graduated from Temasek Polytechnic's School of Design with a Diploma in Digital Film & Television with Merit. You can catch her crafting visuals with words, one letter at a time. Sometimes it takes her an hour to pen them down and at other times, it takes her a year. She is the writer and director of "Punggol Road End" and "Asam Pedas Ikan Salmon", which aired on the Lifetime Asia cable channel back in December 2017. 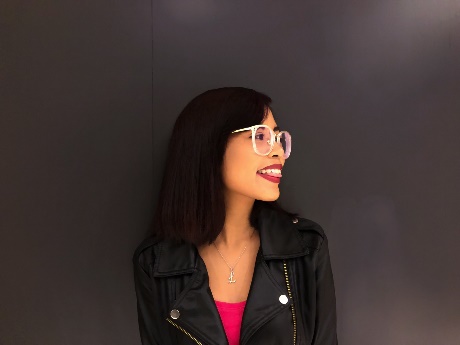 A touching and emotional drama, based on a real-life incident, about a 12 year old girl who must grapple with the truth that her father, a man she looks up to, was responsible for planting a fake bomb at an MRT station. This is loosely based on a real life case of a man who planted a fake bomb at the Yishun Mrt Station many years ago. This is a terrorist story but told from the point of view of an innocent young daughter.

Eleaner found her love for gritty storytelling when she directed her first documentary on domestic violence. She believes that a film is a great way to get under the skin of characters and bring awareness of topics to the public and seeks to tackle "talking point" issues to generate discussions She believes stories must first educate, then entertain, and bring about a "frission" in your spine. 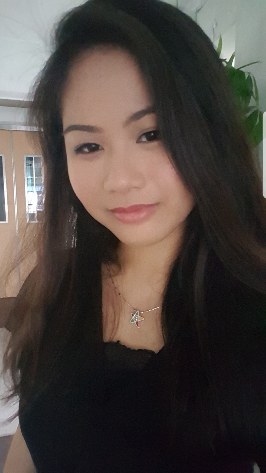 A touching drama about a husband who learns that his wife had sold off their baby to pay off her gambling debts. He escapes the loan sharks, with baby and wife in tow, and over the course of a few nights, learns to forgive his wife. This is based on a true story.

Grace started off learning live productions where she learnt the basics of camera handling, colour-correcting, live mixing and directing. This sparked an interest of telling stories using visuals in her and eventually led her to take up a diploma in Digital Film and Television in Temasek Polytechnic, Design School. In her internship working with mm2 Entertainment on The Voice SGMY, she had learnt how to coordinate the logistics side of production and got to work for international artistes. Being partially overseas for this project, it had opened her eyes to overseas production teams. With her final year project, Buying Back Grace, the film had been nominated and won multiple awards from different festivals. Set in World War 2, a husband is trying to flee Singapore with his pregnant wife. After a chance meeting with a group of Malay villagers, and a wounded British officer, he learns that the fight to keep your home safe, cannot be left to others.

In 2017, Muhammad Bahajjaj was the Top Student in Temasek Polytechnic School of Design in Film with an IMDA Gold Award to mark his graduation. He has continuously scored all of his films on top of being the writer and director for his projects in its process and entirety. His works have gone to win awards at the local Crowbar Awards, Digicon Asia Awards and the New York Festival World’s Best TV and Film. He has also collaborated with industry partners MM2 Entertainment and Temasek Holdings for his work in the annual 20/20 Temasek Short Film Projects– documenting drug addicts on their road to recovery, entitled “Home For A Heart”. His latest short film “Gallant”, sponsored by Singapore Discovery Centre went on to win the Silver Medal in New York and held 5 nominations at the national Youth Film Awards with nods at Best Score, Best Cinematography and Best Film. Muhammad currently serves his conscription in the Army, having held nominations for his efforts as a soldier in the Division-level Tiger Spirit Awards 2018 and having attained Best Soldier for his contributions to his Brigade in 2018 in its design and operations. 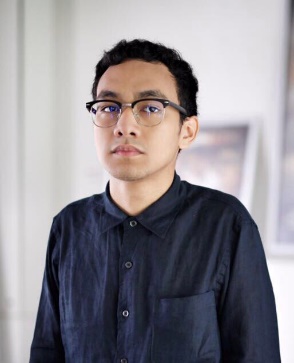 Set in the early eighties, this is a heart-warming and emotional drama about a father who wishes to retire from his gang to give his daughter a better life. But to do so, requires a huge sacrifice from him.

Sun is a graduate from Temasek Polytechnic, where he studied Moving Images in 2011. Sun's directing journey started from his first short film: 英雄 Hero (2014), 一万碗 Ten Thousand Bowls (2014), 我的秘密笔友 My Secret Pen Pal (2015), Essence Of Love (2017), Take Me Away (2016) the film that was awarded Best Film for Movie Makers Award in Singapore, Alone Not Alone(2019) a short film for Singapore Tourism Board, Passion Made Possible campaign and 15 Shorts film Guilty commissioned by NVPC.

Sun's short films focus on social discrimination and political issues that should be brought to light. Every film is a lesson and has a meaning, some may not be spelt out word for word. 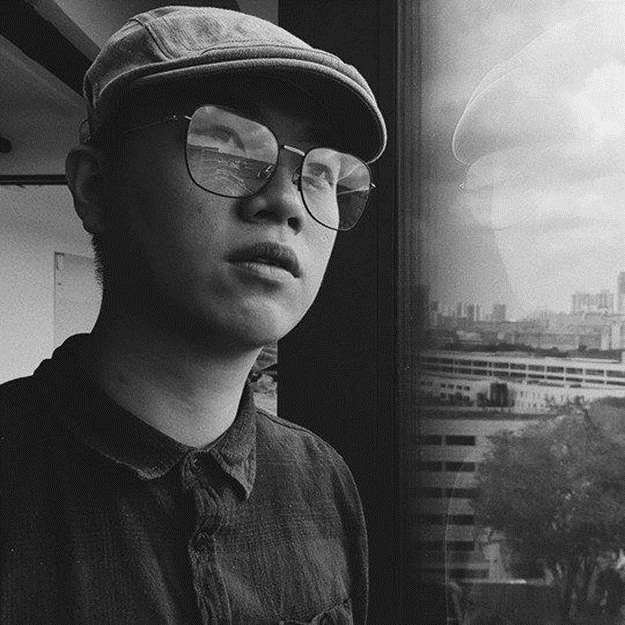 A touching and amusing story of a young girl who lived briefly in Singapore before migrating to Australia, comes back to Singapore for a three week stay and learns to communicate with her grandmother who can only speak Teo-Chew.

Xinmin was the director for Longevity Peach and diligently strived to make this heart-warming family drama a success for her Polytechnic Final Year Project. She later went on to MediaCorp as an Assistant Producer to learn more about the industry and to hone her skills. She then went to further her education to equip herself with more knowledge to apply in the field. She is currently in the midst of completing her degree in Professional Communication and will return to the industry shortly. 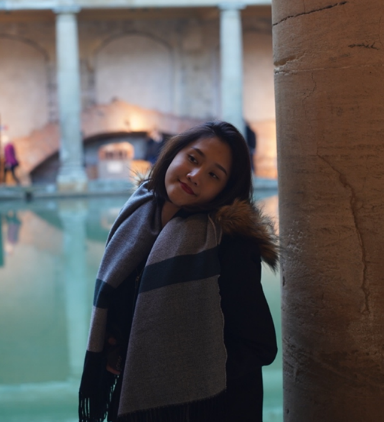 A cynical girl who can “see” the number of lies you have told, meets a boy with the number zero. He turns out to be her one true friend.

Lauren Teo is a Singaporean filmmaker with an ardent passion for storytelling, magical realism and fairytales. Now a video editor and alumnus of Temasek Polytechnic’s Digital Film & Television, her graduating short film, The Lying Theory, draws inspiration from personal experiences and the whimsicality of fairytales. As an individual, she strongly believes that narratives through film can be an important catalyst for insight and change. 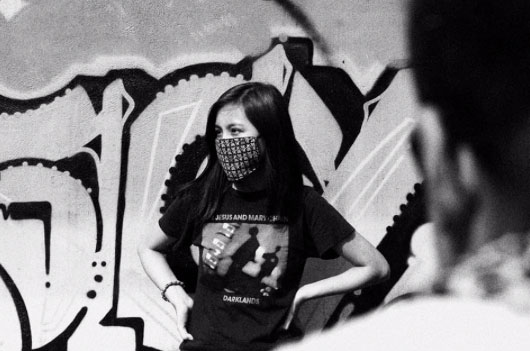 Based on a true story and set during World war 2, an Eurasian woman struggles when the love of her life, a British soldier, leaves her to fight for Singapore.

Victoria graduated valedictorian from Digital Film and Television in Temasek Polytechnic with a Diploma with Merit in 2018. Although fresh out of school, she has already written and directed a handful of short films, one of which, Nina Boboi (commissioned by Toggle) has won a Silver Award for Directing and a Gold Award for Short Film during the 2018 Crowbar Awards. Her short film has also been screened at CANA Film Festival and has won a bronze for New York Festivals 2019.

She has since joined Monochromatic Pictures as a junior writer and Associate Producer (Content). In that capacity she has worked on fictional narratives - Avenue 14 and Avenue 14: Underworld - from script to screen. 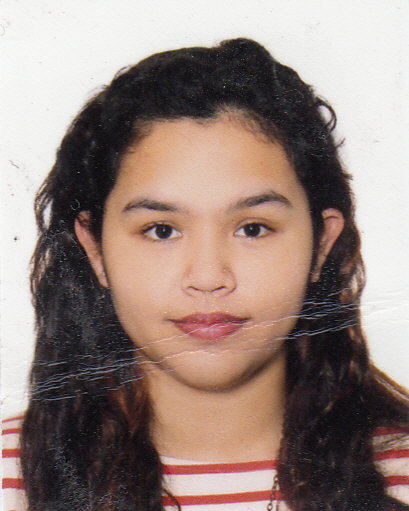 Damien is a young boy born with Down Syndrome. All his life, he remains tied to the apron strings of his loving mother, Ah Li. Consequently, he is unable to complete daily tasks such as washing himself, learning how to read and write or even secure a job in the future. Unable to conform to the demands of the outside world, society repeatedly shuns mother and son. When a terminal illness numbers the days Ah Li is left with in order to live, Damien must swiftly learn the ropes to becoming independent through his own devices, so that Ah Li leaves the world for good, she knows that he is able to take care of himself.

Joann Nicolette Wong is currently a sophomore at Singapore Management University. She is the winner of National Youth Film Awards 2016 Best Screenplay. 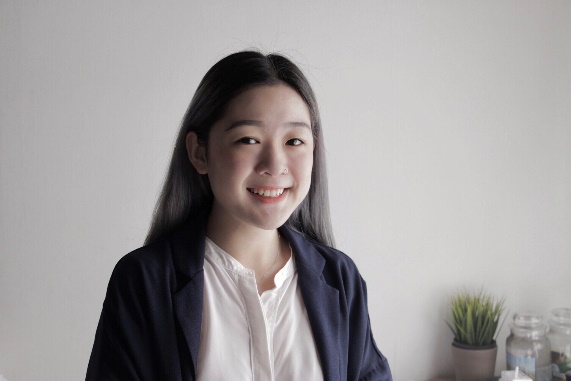 An exciting docu-drama based on the real life terrorist attempt to hijack SQ117. This film was extraordinary for a student film, because of the logistical challenges. Two real planes were cordoned off at Changi airport for the production of this film.

Rudy joined the SAF as a regular in 1996 after completing NTC 2.

In 2012, he took up SAF sponsored studies award to learn film making in

Temasek Polytechnic’s Moving Images Diploma with classmates who were at least 20 years younger than him.

SQ117: Men behind the masks, my final year project, was Rudy’s way of expressing his gratitude to SAF for supporting his academic pursuit. Through the re-enactment of the crisis in 1991, the film offered viewers the perspective beyond the layer of masks worn by the elite commandos who stormed the aircraft SQ117.

Rudy is constantly working towards making films based on true stories, with the hope of inspiring and educating more people in the near future. 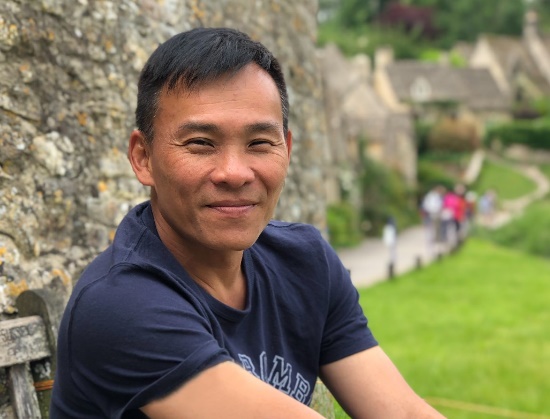 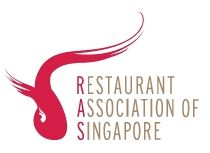 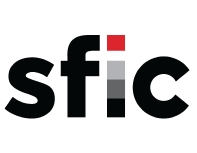 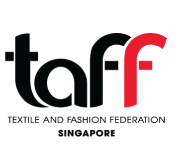